2015 Annual Cost vs. Value Report Ranked Several Window World® Products Toward the Top of Its List 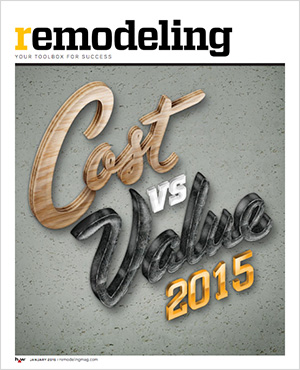 NORTH WILKESBORO, N.C., Feb. 13th, 2015 – This month, Remodeling Magazine released its 2015 Cost vs. Value Report for 102 U.S. markets. This annual report looks at the average cost of 36 popular home remodeling projects and compares them to the value that they will return upon resale.

This year’s report recognized several Window World products as investments with the highest return in value. In popular markets across the United States, such as Atlanta, Charlotte, Akron, Chicago, Seattle and more, vinyl window replacements returned an average of 72.9% of the homeowners’ investment upon resale.

And, replacement windows were not the only Window World service ranked high on the list. Vinyl siding and entry door replacement also came in on top. In fact, mid-range vinyl siding projects were one out of only five projects that rose in value in 2015.

While many other projects dropped significantly in predicted value compared to 2014, window projects experienced a very minimal change with no more than 2.1 average points lower than 2014. Mid-range and upscale window projects ranked between 9th and 16th in overall payback.

“It’s no surprise that replacement jobs — such as door, window, and siding projects — generated a higher return than remodeling projects,” the report says. “When grouped by job type, siding jobs fared better than most, perhaps because of a rising perception nationwide of the value of curb appeal.”

Window World is always excited to help homeowners across the nation improve their home’s curb appeal, and increase the value of their home. Having Window World products top this year’s Cost vs. Value report reinforces the value of home improvement projects and the importance of replacing windows, doors and siding when necessary.